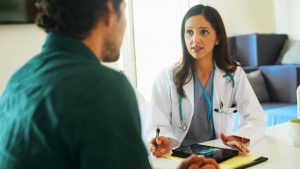 Colonoscopy is the most effective screening for colon cancer because it allows a gastroenterologist to examine your entire colon for precancerous polyps called adenomas. All adenomas are benign in their initial stages, but some benign adenomas can become malignant if a GI doctor does not remove them during a colonoscopy.

The goal of a colonoscopy is to view the entire colon from the rectum to cecum. If you have done a thorough bowel preparation, your gastroenterologist should be able to advance the colonoscope all the way to the cecum, near your appendix. Withdrawal time refers to the number of minutes your GI doctor spends inspecting your colon wall for adenomatous polyps. This quality indicator is always expressed in minutes.

You should expect your gastroenterologist to have an average withdrawal time of at least six minutes. Longer withdrawal times often reflect that your physician is especially meticulous and methodical in performing a colonoscopy, which usually produces a higher adenoma detection rate.

The quality of your bowel preparation affects your gastroenterologist’s cecal intubation rate. An incomplete bowel flush can impact a doctor’s ability to view the cecum and provide a complete visual inspection. Patients who do not follow instructions in the bowel preparation literature put themselves at increased risk for expensive re-testing or missed polyps.

A colonoscopy is an important component of preventative healthcare. Use quality indicators like ADR, withdrawal time and cecal intubation rate as criteria for selecting a gastroenterologist. It’s likely that you won’t have another colonoscopy for ten years, so make an informed decision when choosing your partner in colon cancer prevention.